PAX-5 is a member of the paired box (PAX) family of transcription factors, which are key regulators in early development and alterations in the expression of their genes are thought to contribute to neoplastic transformation. The PAX-5 gene encodes the B-cell lineage specific activator protein (BSAP), whose expression is limited to early stages, not late stages, of B-cell differentiation. Its expression has also been detected in developing CNS and testis, therefore, PAX5 may not only play an important role in B-cell differentiation, but also in neural development and spermatogenesis. Mutations in the gene can result in leukemia. Anti-PAX-5 is useful in differentiating between classic Hodgkin’s lymphoma versus multiple myeloma and solitary plasmacytoma, as the protein is expressed in mature and precursor B-cell non-Hodgkin’s lymphomas/leukemias while being absent from the other two conditions. Diffuse large B-cell lymphomas are positive for PAX-5, with the exception of those with terminal B-cell differentiation, and T-cell neoplasms do not stain with Anti-PAX-5. 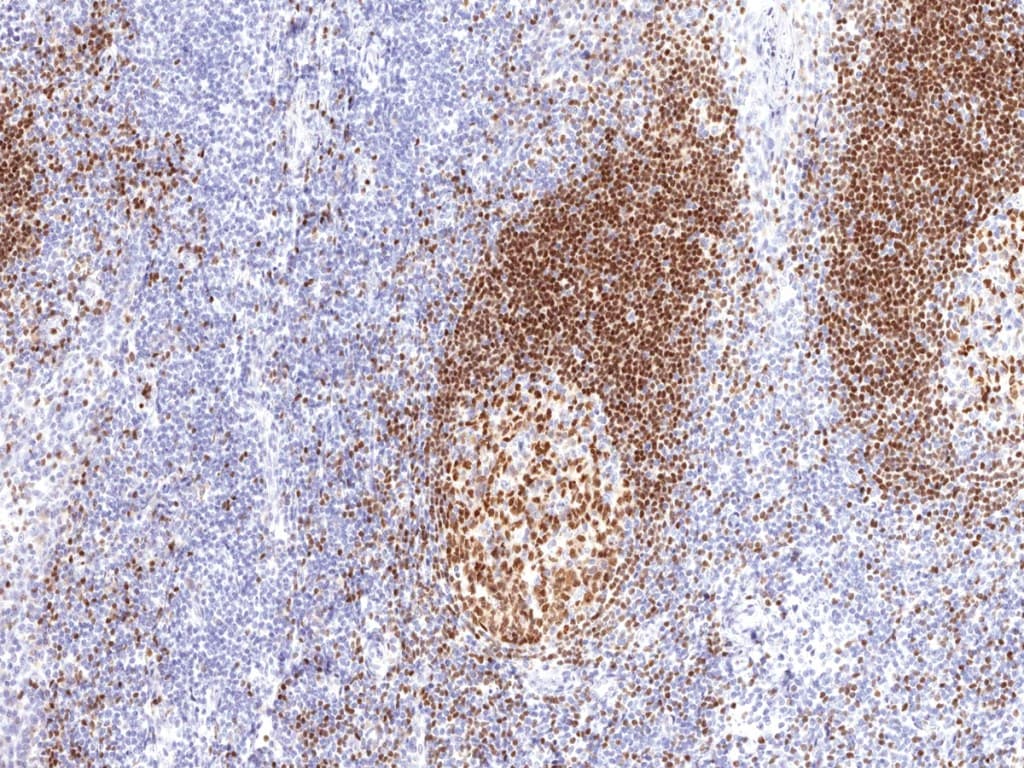