LMO2, also known as LIM-Only transcription factor 2, RBTN2, or TTG2, is an oncoprotein that is expressed in normal germinal center B-cells, as well as bone marrow hematopoietic precursors and endothelial cells. LMO2 is a small protein with two zinc-binding LIM-domains, which plays a role as an adaptor protein and assists in the assembly of multimeric transcription factor complexes. It is an important transcriptional regulator of erythropoiesis and vascular remodelling. Alternative splicing results in multiple transcript variants encoding different isoforms. LMO2 plays a role in angiogenesis and hematopoesis, and its expression has been detected in erythroid and myeloid precursors, megakaryocytes, and also in lymphoblastic and acute myeloid leukemias. LMO2 protein expression has been noted in diffuse large B-cell lymphoma, the most common adult non-Hodgkin lymphoma, as well as follicular lymphoma, a neoplasm derived from germinal center B-cells that accounts for a number of cases of non-Hodgkin lymphomas. 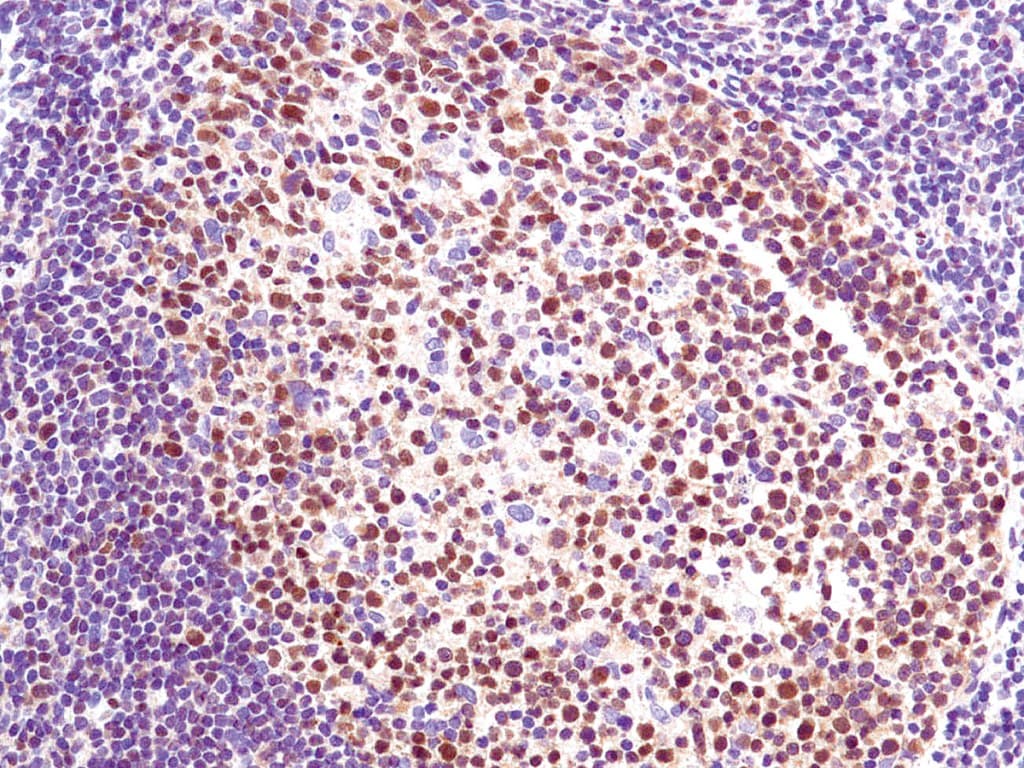