CD5 is a cluster of differentiation found on a subset of IgM-secreting B cells called B-1 cells, and also on T cells. B-1 cells have limited diversity of their B-cell receptor due to their lack of the enzyme terminal deoxynucleotidyl transferase (TdT) and are potentially self-reactive. CD5 serves to mitigate activating signals from the BCR so that the B-1 cells can only be activated by very strong stimuli (such as bacterial proteins) and not by normal tissue proteins. CD5 is a good immunohistochemical marker for T-cells. About 76% of T-cell neoplasms are reported to express CD5, and it is also found in chronic lymphocytic leukemia, hairy cell leukaemia, and mantle cell lymphoma cells. It is commonly lost in cutaneous T-cell lymphoma, and its absence can be used as an indicator of malignancy in this condition. The absence of CD5 in T cell acute lymphoblastic leukaemia, while relatively rare, is associated with a poor prognosis. 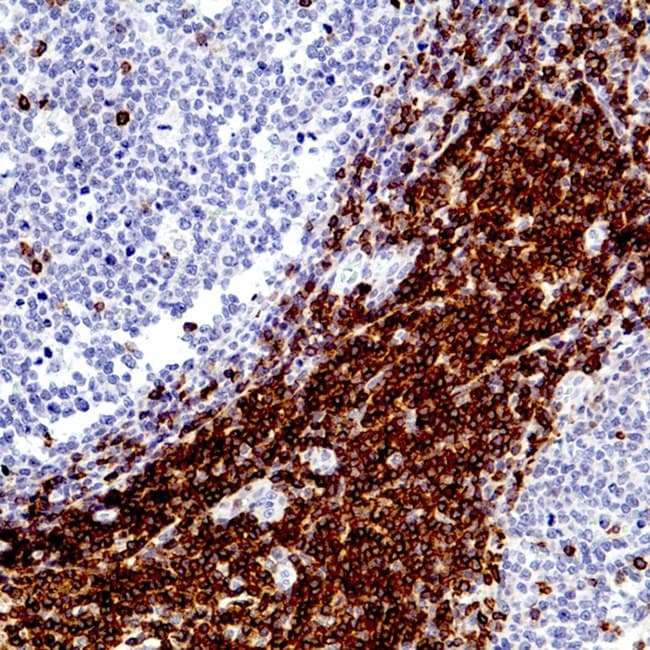 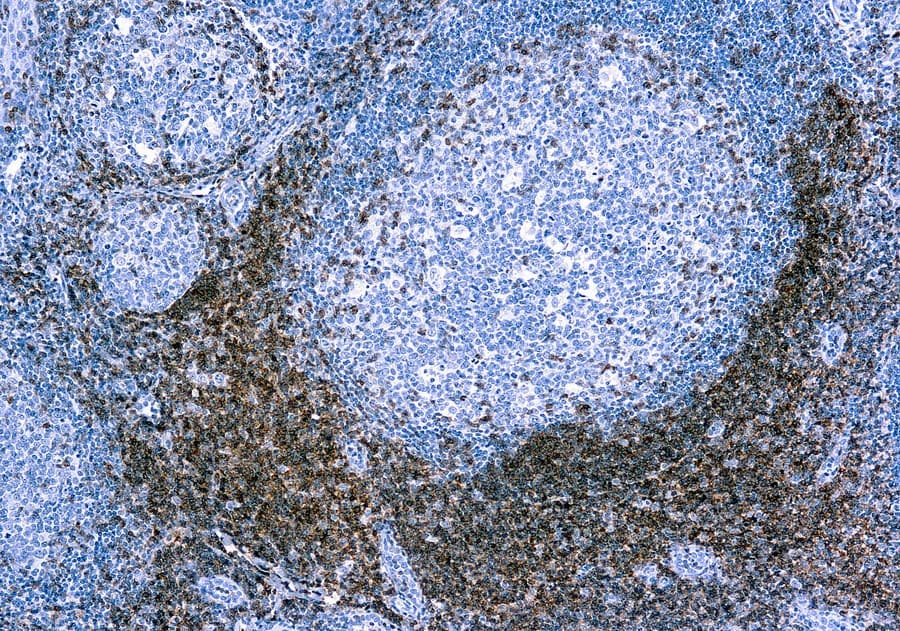