CD38, also called ADP-ribosyl cyclase, is an ectoenzyme that uses nicotinamide adenine dinucleotide (NAD) as a substrate to generate second messengers. In particular, it synthesizes cyclic ADP-ribose, a second messenger for glucose-induced insulin secretion. CD38 also has cADPR hydrolase activity. It is preferentially expressed at both early and late stages of B- and T-cell maturation. CD38 is expressed in a variety of non-hematopoietic and hematopoietic cells, the latter comprising early bone marrow progenitor cells, thymic cells, natural killer cells, activated T cells, and B cells at early and late stages of differentiation, such as plasma cells. In normal lymph nodes and tonsils, the antigen is detected mainly on B cells in germinal centers and plasma cells. An antibody to CD38 is helpful in the identification of plasma cells and tumors with plasmablastic differentiation. A prognostic value of CD38 in B-cell chronic lymphocytic leukemia (CLL) has been reported. Expression of CD38 is linked to unmutated IgVH genes and a worse prognosis. 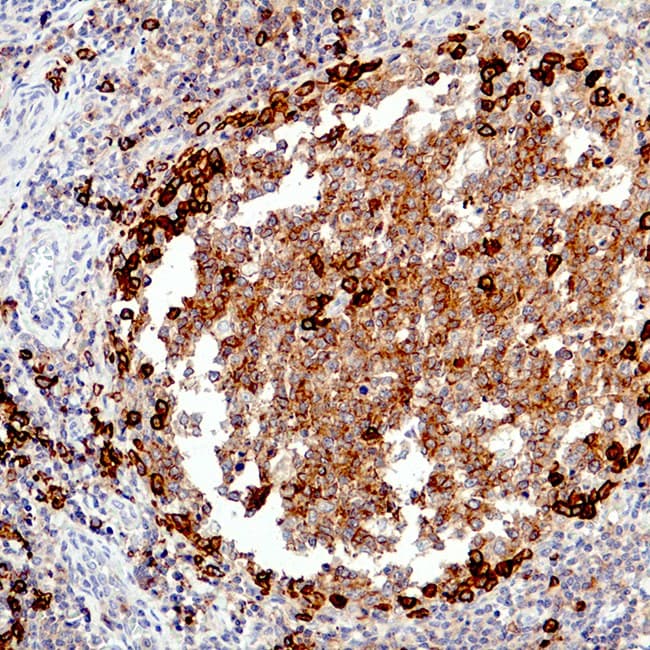